Today, I’m saying I told you so. 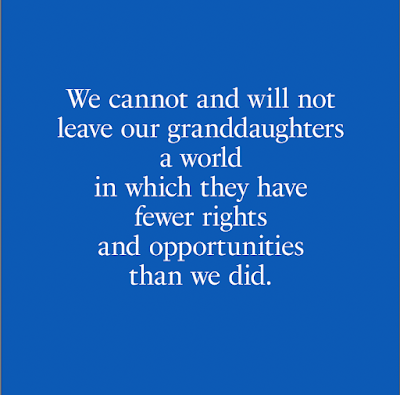 A person asked me today if Democrats on the Hill would do something about nuking the filibuster so that Women's Health Protection Act, Freedom to Vote Act and the John Lewis Voting Rights Advancement Act could pass. Or to protect Roe?

Only if there is a lot of noise/pressure in doing so. If not, the push will be for another Blue Wave by Dem voters and fundraising by Dem politicians. My iPhone has been going bonkers with fundraising texts, I'm afraid to look at my email box. All while the Independents, the people that actually win elections, throw their hands in the air and ask themselves why did they even bother to vote. I'm not seeing a lot of noise even on social media so I doubt there will be a lot of calls or emails sent to make that noise possible. As of today, I have been seeing some on Twitter and some on TikTok.

It boils down to if Roe or voting rights are gutted, Dems will unlikely protect those rights but they will run on them in 2022. So the cycle repeats and Roe becomes a zombie. I sure like to be wrong about this one.

So where does the reasonability lie in this issue? In my opinion, it’s mostly a party leadership issue, mainly it falls on Biden and Schumer then. Pelosi has done a pretty good job of keeping House Dems on point and trying to give me a better life. I thank her for standing her ground on the vaccine mandate issue. I want my life back and this is one of the first steps for that, since I live in Texas.

The American people also have a say in this and a responsibility. Their choices at this point is either get noisy or be willing to take what is handed down to them. I have no doubt that it will be very painful to many people in the future if there isn't a lot of noise. It's not like people haven't been warned, all they have to do is read the news.

I remember being told in 2016 that I was crazy and being a drama queen about this very issue. I remember about being gutted when RBG passed away and was told I was overacting. Today, I’m saying I told you so.

After the arguments yesterday, I'm betting that Obergefell is toast and Lawrence is probably done as well. Time will tell. A lot can happen because there's still a possibility for change.

I started getting involved in 1976, my freshman year of college. I have lost track of the amount of money in donations, the number of emails, the phone calls, texts, office visits, the protests, the number of doors I've knocked on, etc, etc, etc...that's 45 years of doing and yesterday finally wore me out. I've taken time off during those 45 years and I'm wondering if it's time to take another break. There's part of me that says just cut back and give a little time to Beto's Gov run.

I'm not even sure people read blogs any more, I don't care either. This is for me so that I remember just how sad I am over yesterday and so I don't normalized the day. The days of WTFs seem to be running together.