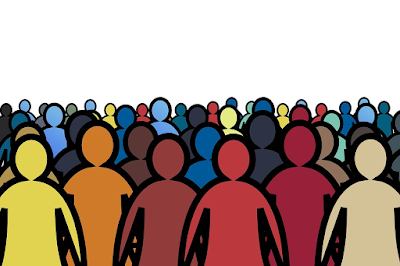 Congress or any elected politician won’t do their jobs until the American people tell them to do it. Until that happens, we will see more of the same of what we are currently see. We will see more gun violence, removal of human rights, lack of good healthcare, lack of clean water, etc, etc, etc.

So when the American people have had enough, hopefully they will start making their voices heard. Until that happens, I expect things to continue the same. Hell, people don't even care enough to vote, I can't see them contacting an elected politician. LoL Do I sound jaded, yeah I am.

The bottomline is that we either make a lot of noise in mass or we accept what is handled to us. The American people, even smaller sections like professions (the concept of unions for example), have a tremendous amount of power when they make the choice to use it.

No, I am not an advocate of violence, not ever.  I’m really not a supporter of protests unless it also includes other actions of communication with politician by way of calling, emails, and fax.  Protests don’t make the impact like they used to. Unless they are huge, the type that include shutdowns. Those might only be a one trick pony in this day in age.

What is the reason for my personal Ted Talk?  As of yesterday, Texas now restricts the use of abortion-inducing medication. Here’s the info from the Texas Tribune if you are interested. Medical abortion is the most common kind of abortion and now it's a felony to provide medically prescribed drugs used after 7 weeks.

I wouldn't be surprised, pissed but not surprised, that morning after pills and birth control restriction legislation is introduced. Do I sound like a 'hysterical' woman? LoL No, not really. My opinion is based on the past couple of decades that the endgame is to promote a 'religious' concept of life begins at conception. Read the room.

The last couple of days, I've been writing about more political issues. Maybe I'm just frustrated over what is currently happening. I doubt I that this blog is going to turn into a daily political rant but it does make me think deeper in regards to that vein of thought. No, most likely it will include daily fun stuff like photos and my artsy endeavors.

End of my cup of coffee...time to get a few things done.