Roe v. Wade, Start talking about hard topics or accept what is to handed you.

Today, SCOTUS heard arguments in Dobbs v. Jackson. The case involves a 15 week ban, and 15 week abortion bans are unconstitutional under current law, the case normally wouldn’t even be heard. The question presented by Dobbs is not should Roe v. Wade be overturned. It is a slightly narrower question…whether all pre-viability prohibitions on elective abortions are unconstitutional. 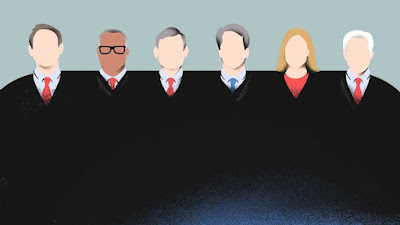 If SCOTUS sides with Mississippi, that would mean a reversal of almost a 50 yr precedent. A backhanded decision to overrule Roe. Just like Texas’ SB 8.  BTW, It has been a month since the Supreme Court heard oral arguments regarding Texas’ SB 8, a six-week ban on abortion currently in effect. They still have not ruled. 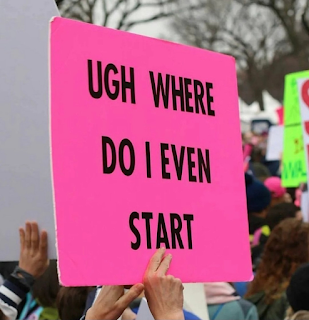 My few takeaways from listening to the arguments:

Justice Sotomayor, speaking to a SG Scott Stewart during oral arguments ... “The issue of when life begins…it’s still debated in religions. So when you say this is the only right that takes away a life, that’s a religious view, isn’t it?”

Justice Sotomayor, "Will this institution survive the stench that this creates in the public perception that the Constitution and its reading are just political acts?"

"Viability doesn't require the court to resolve philosophical questions." Julie Rikelman is so good at communication. Concise. Smart. Assertive. I was impressed...

Kavanaugh is a dick. That whole bromide about neutrality and letting the people decide is just not very well dressed up language for no constitutional protection.

Justice Clarence Thomas asked if there's a constitutional right to abortion, saying it's not spelled out the way the Second Amendment is. "It's liberty, your honor," Julie Rikelman replied.

The questions by the Justices aren't giving me any positive vibes. It's sounding like one section of the Justices want to drop precedents and more towards neutrality when it comes social issues...in other words, punting these issues back to Congress.

Stewart closed by comparing Roe v. Wade to the "egregiously wrong" decision in Plessy v. Ferguson, the 1896 ruling that upheld race-based segregation and wasn't overturned until Brown v. Board of Education in 1954.

End of arguments...most likely the ruling will be made public sometime in June 2022. I'm betting that there will be Justices looking for path to allow Mississippi abortion ban without overturning Roe and kick it back to states. I don't have a good feeling after listening to the arguments. Either viability is gone or Roe is gone.

nybody else still curious who paid off Brett Kavanaugh’s $92,000 country club fees, his $200,000 credit card debt, and his $1.2 million mortgage to purchase a SCOTUS seat? If it was a conservative, they got what they paid for today.

Will my concerns happen, I don’t know. It’s pointing to that but the ruling won’t come out until June 2022 and a lot can happen. SCOTUS does look at public opinion sometimes. Hell, a miracle could occur and Congress nuke the filibuster, then pass the Women's Health Protection Act. LoL

What I also find amazing is the lack of public understanding of what happened today. Maybe I'm wrong and they do understand but support it. I don't know for sure.  Social media was up in arms about hating on Texas for SB 8 plus protests and screaming. In the big picture, SB 8 is a minor blip compared to what could result from Dobbs v. Jackson.  Post a cat photo...poof, people are engaged. Talk about hard topics...poof, people don't engage. This is how we got Mean Tweets in the first place and this is how racism is allowed to cycle, by not talking about hard topics. Hopefully people are talking to family and friends in person then.

My thought is...End the filibuster. Protect Roe. Make some noise, make some calls, send some emails or texts. Start talking about hard topics or accept what is handed you. It also be helpful that people voted but a lot of folks also realized that voting is only part of an election. So volunteering time and donating moola to campaigns would also be helpful.

Do I believe that any of the above will happen...only by a small number of people. I repeat this...Start talking about hard topics or accept what is to handed you. There's always a third option but I have yet to figure one out that doesn't involve some sort of work.

The good news for today...Stacey Abrams is running for Georgia Governor in 2022.

Have a great day,