Thanksgiving at Casa Stumpp was quiet. Bob took a bit of vacation and we mostly chilled. Which I’m grateful for because I’m in the middle of an arthritis flareup. Nothing terrible, just inconvenient.
I decided it was time for a new iPad Pro a couple of weeks ago. I have been working on the original 1st generation, which has been refurbished several times because of the battery and screen. It finally started losing LCD and had dead areas. I ended up playing more games and reading the news than digital painting. 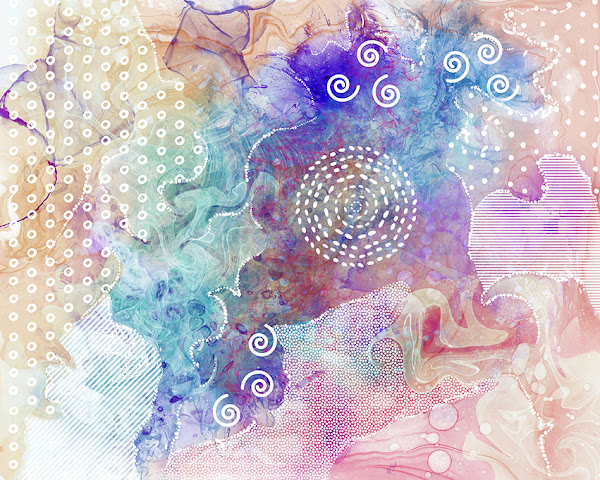 There’s a big difference using Procreate with the new iPad Pro. It’s smoother but there’s still a learning curve. I had been on the old iPad since 2015 with my pencil. Now I’m getting used to the new pencil, it’s like a watercolor brush and it takes a bit of time to get used to a new one. So now I'll play mostly. Maybe work on some POD (print on demand) files. 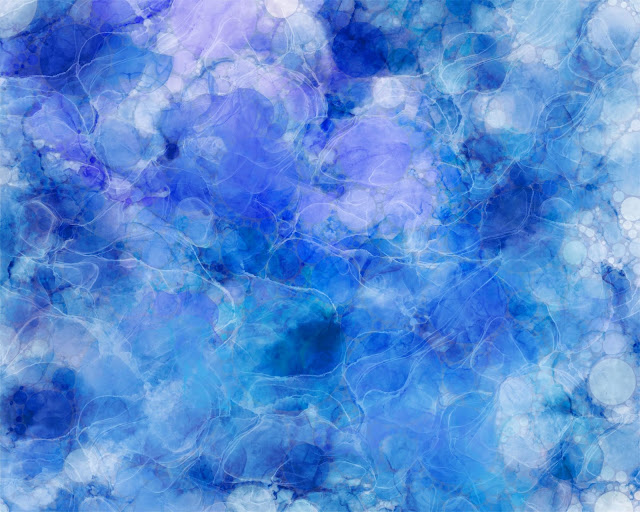 I've been on Fine Art America for years and I haven't done too much with it. Every month I get a little check, I think about adding a file or two and poof...something happens in life so I forget about it. I looked at Fine Art American's new offerings. There's a lot like iPhone cases, throw pillows, shower curtains, coffee mugs, and ornaments that I would be interested in. The above image would make a great shower curtain or throw pillow for my house. Looking at RedBubble, the site has tall mugs and scarves that I liked. 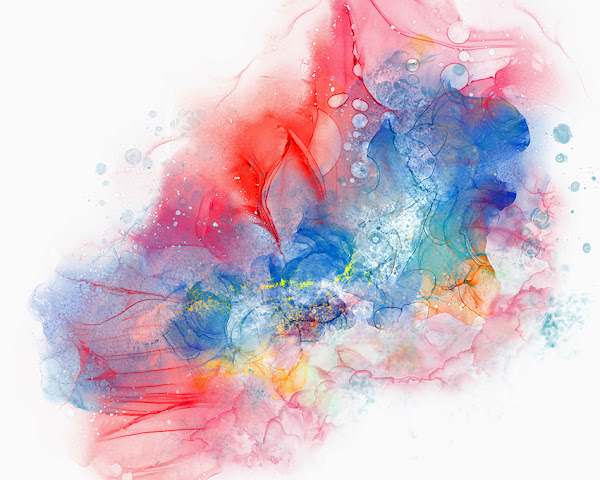 Society6 is another POD site, they have sweatshirts, tablecloths, rectangular pillows, and throw blankets that I'd be interested in. Society6 also has these Mini Art Prints, which are kewler than kewl. I think they are because I've got a lot of dead spots in the house that need a dash of color. Currently they are on sale for $7.50, which is very affordable for where I'm wanting to put them. 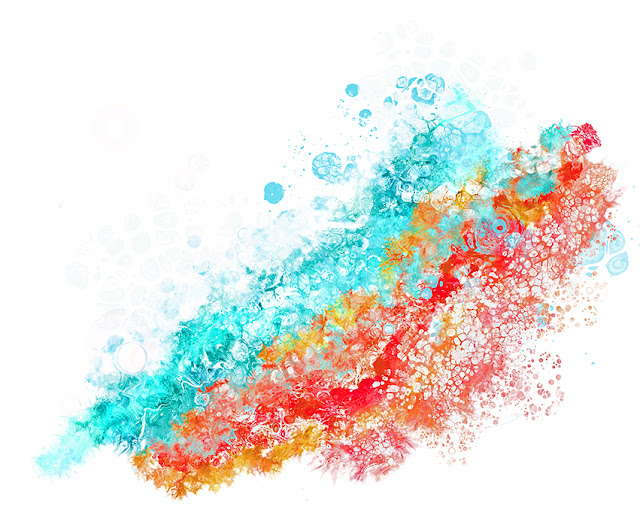 I think the biggest mistake that I've been making is always designing and painting work for hanging on a wall. Like the above, I wouldn't want on my wall, I was thinking shower curtain again for the hall bath. I have bathrooms on the brain right now. Since we moved, I've been going from room to room and redoing it. The hall bath needs new paint and I'm thinking of a walk in tub.
Anyway, I digress. Since I've retired, I have more wall art that I want or have wall space for. I still enjoy creating but I'm done with the selling part. When we moved, I also gave away all my displays, tent, and other show stuff. Considering what has been happening with Covid and the local response, or lack of one to vaccines, I'm glad I did.
I was helping out a local vet clinic that did a huge amount of pro bono work for the local community and where I took my furtribe too. I dropped off a huge amount of prints, cards, digital prints, originals, and even some of my photography to be sold to off set some of the costs. I was creating and enjoying it, I didn't have to take care of the selling and the clinic got a bit of cash to help the community. It was a win-win for both parties and I didn't have to deal with shipping. I'm not going into it here but my vet is no longer at the clinic and I won't be going back there. That is a long story that I don't have all the info to. I will have to find another charity later, I've got a huge amount of printing materials and several printers that I would like use once in a while. It can wait... 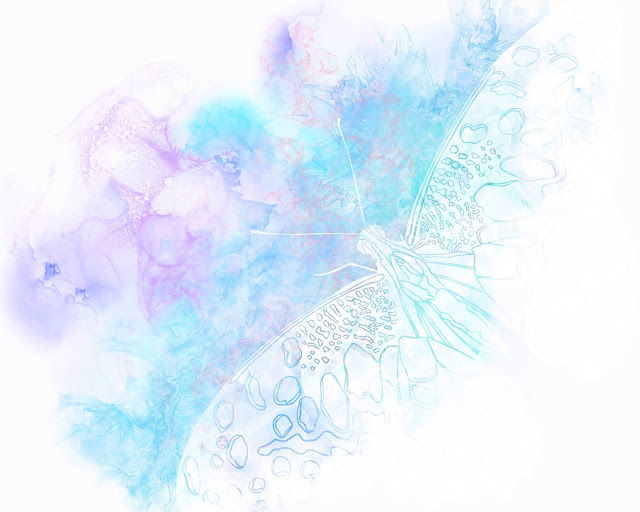 So now not only I need to find another vet (gossip says she might be opening another clinic in the area) but I need another reason to create. Yes, I do create for the love of it and to learn but there comes a point that I don't need or want another pile of stuff. Nor do I really want to fight the cats, one of them seems to take pleasure rolling in paint and another one likes to drink paint water. They will grow out of this but until they do, I'll stay with digital.
There is a huge difference between painting traditionally and digital. Even traditional painting has to be edited for POD sites or for prints. That's just the nature of the beast. The actually painting is different too, there's a learning curve when you switch back and forth. The bottom line is that you still need to know how to paint to do either. Neither is easier than the other, both have basic foundations. The big difference is digital is a cleaner, more vivid, than traditional when it comes to printing online. Or it is to me. 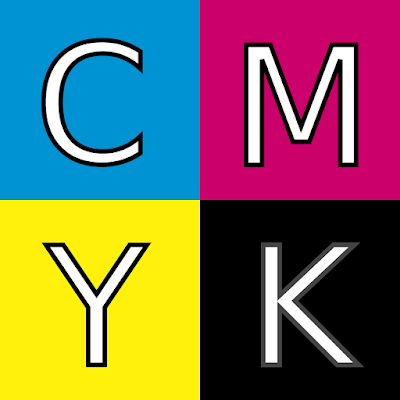 I make color choices in my palette depending on CMYK color model. By doing so, in my experience with my printers, I get cleaner and more vivid prints. 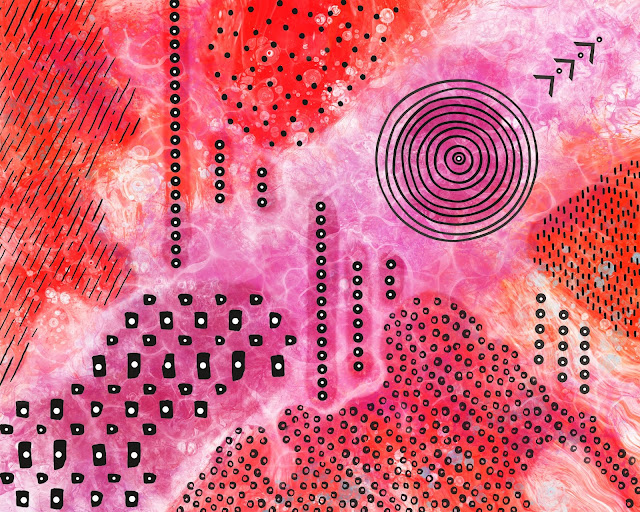 Working in digital also gives me the availability to experiment more and to doodle anywhere, anytime like the above. 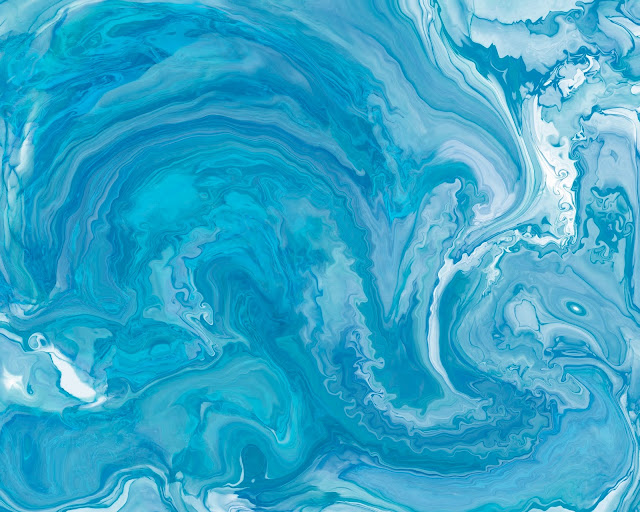 The above is a marbling experiment. I was thinking scarf when I designed (fancy word for playing) the image. I worked on several marbling experiments, most likely I will print them later and used them the next time I do some sketchbook bookbinding. I normally use printed paper for the cover the cardboard front.
I'm looking out the window, it's cloudy and looking like rain. Bob and I were going to take a run to the beach, it's gonna wait until tomorrow because of the weather. Sounds like a great day watch a movie and play on the iPad.
Laters,
~Moon
Email Post
Labels: digital painting Fine Art American ipad art Print on Demand procreate