We are ok...we woke up to power and a dry house with the smell of coffee in the air. 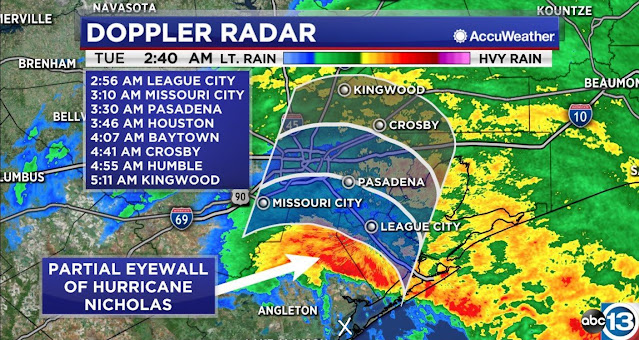 The above white X marks were Bob and I live, we were in the storm's path overnight. We were lucky, the roof held and the landscaping drained the water away from up. Hurricane Nicholas made landfall near 12:30 AM on the eastern part of the Matagorda Peninsula, about 10 miles west-southwest of Sargent Beach, Texas. That's about an hour from us.

Some people weren't so lucky. These are photos right around us, right outside our subdivision. 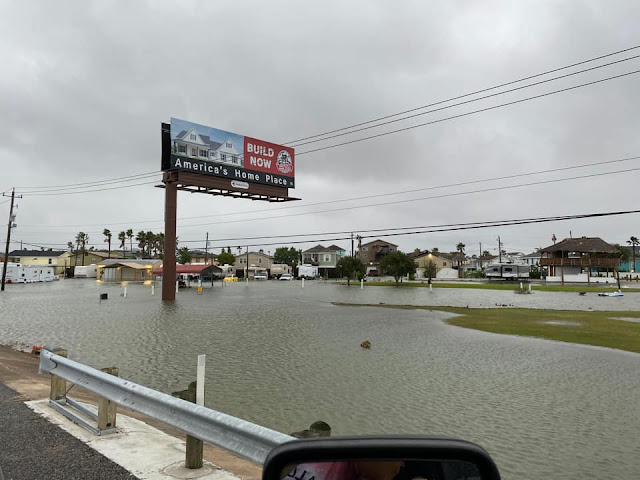 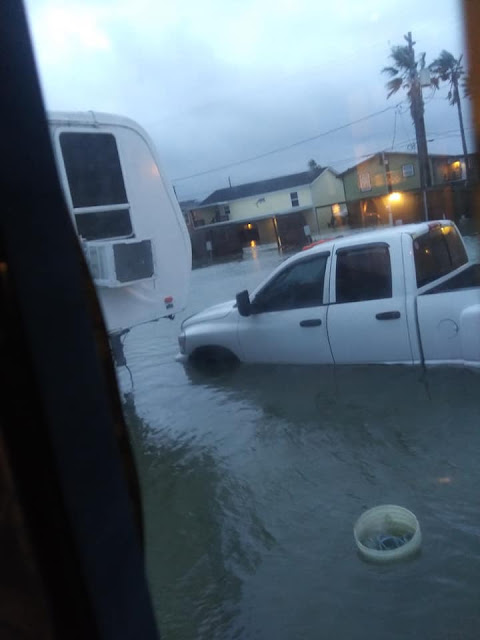 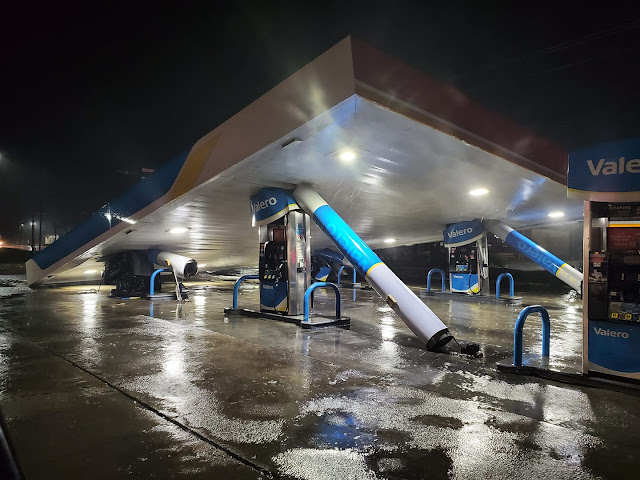 We had power when we woke up...yay. Many people didn't. A third of Galveston county was in the dark. This was only a Cat 1 and a low Cat 1 at that. 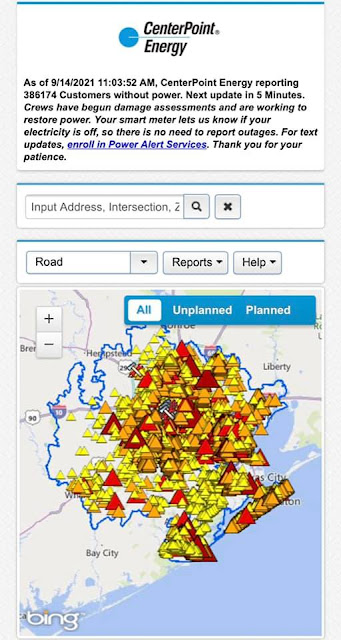 A lot of people live coastal and don't prepare. I don't get it but we have only lived here for three years too. Bob and I aren't 100% sure of how hurricanes work so we are prepared to ride out a direct strike Cat 3. The reason is by the time that there's an evacuation order given, most likely the road will be so packed that we wouldn't be able to get out. The main highways from the island and our area have construction on them. They won't be finished for another three years.

Storms aren't like they used to be. Some go to a scattered mess to a Cat 1 over a period of less than 12hrs like Nicholas did. Look what Ida did this year or Hurricane Michael in 2018. Hurricane Michael went from a Cat 1 to making landfall at a Cat 5 with almost a 20 ft surge in a short amount of time.

I'm not in a flood zone, I'm by one and it costs us $600 a year for flood insurance. If somebody isn't in a flood zone, it's like $150-200 a year. People need also need to check in with their insurance agent. I'm pretty sure that FEMA has been working on the next set of flood maps but it's a major undertaking. Some of this is people getting their shit together too. Some folks in my neighborhood aren't insured. I'm like whaaaaaat. We are less than 10 minutes from the Gulf.

My insurance guy said if it rains in your area, get flood insurance. I agree with him. There's people in my local area that don't even prep for hurricanes and wait until the last minute. I might do sandbags at the last minute but I already have the bags in the garage. We keep enough water on hand at all times for 2 weeks and increase it during hurricane season. That's for 2 adults and 3 messy cats. The odds are we won't need it but we had a water boil alert in February this year. We used a lot of it and replaced it before hurricane season.

I don't see these storms or natural disasters slowing down anytime soon. Either we deal with it and prepare or ??? Even being prepared, it only goes so far. A gust can take a roof or flip a car. I try to make sure all the laundry is caught up, the house at least semi-clean, and do any last minutes checks. The reason why I clean, we are stuck in the house for days. The reason why I do laundry is the follow:

"Nassau Bay wastewater plant offline after flooding; 50% of city without power Residents of Nassau Bay, half of whom have no power, are asked to not flush toilets, take showers or use their dishwashers of clothes washer after the city’s wastewater treatment plant was flooded overnight because of Hurricane Nicholas."
That wasn't us but we have the same type of wastewater plant in Texas City by Mose Lake. Then poof, it will take me weeks to recover.

I don't want to be mean about all this, it's just if people aren't prepared, it's rough on them. Not having flood insurance can total somebody's bank account. We have had to recover from a tornado putting a 75ft pine tree in our house. It hurt and took a while to recover from that. We've been there, maybe that's it. That experience sure changed how we lived our lives.

I'm off my soapbox...people will or they won't. I would rather be part of the solution than part of the problem.