Back to my roots, Visual Art Journaling Part II...Everyday Matters

I took a look at my old sketchbooks last night and this morning, I just pulled a handful out of the bookshelf and looked at them. Here’s some that I was drawn to: 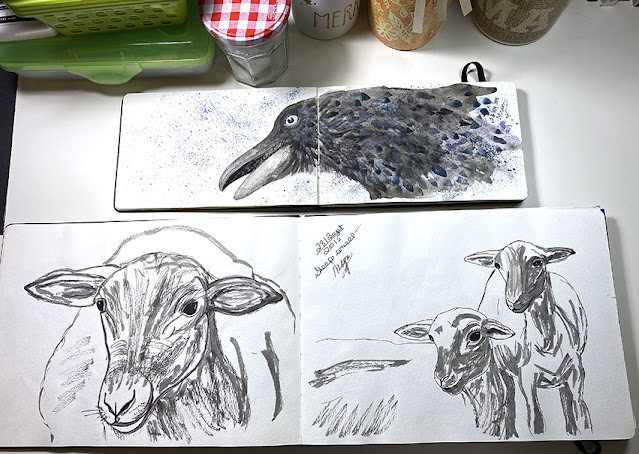 My very favorite was this altered book from 2014. It was time consuming because it was mixed media and I had to gesso every page. Then since I used some acrylic, I had to seal those pages. If not they stick together. What I remember that I liked about it was that I added scraps to it. Plus it had pockets! 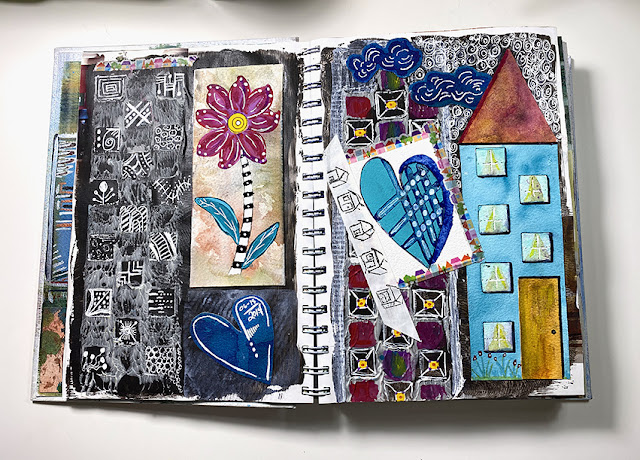 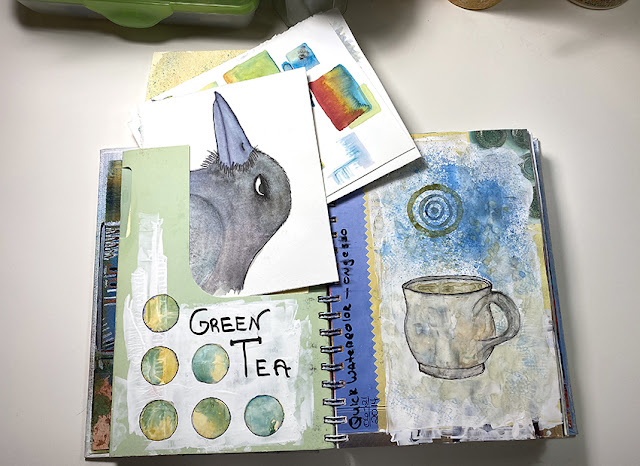 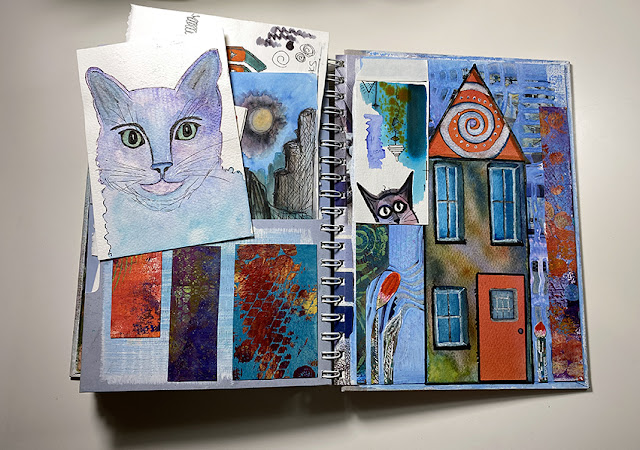 Then I ran across this one below, with tone paper that I taped a sketch in it. Then I found some loose sketches stuffed inside the book. 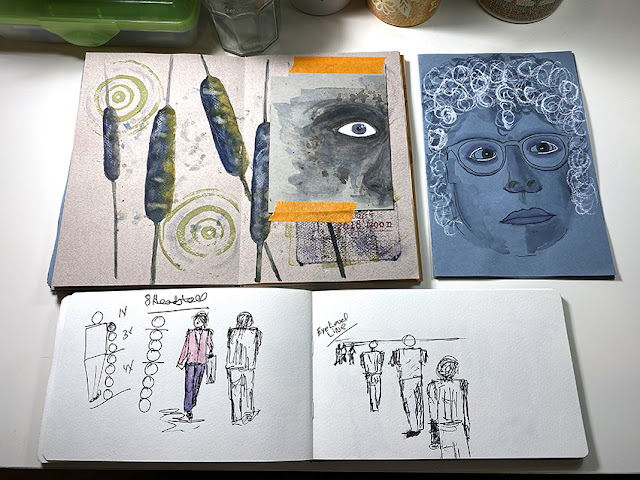 During my Google search on “Visual Art Journaling,” I ran across a name I’d forgotten about, Danny Gregory. His book, “Everyday Matters,” was published in 2003 and then mass market in 2007…which I have sitting on my desk currently.  Then in 2006, he published “The Creative License: Giving Yourself Permission to Be the Artist You Truly Are.” He established an online sketching teaching site called SketchbookSkool and has live drawing events. 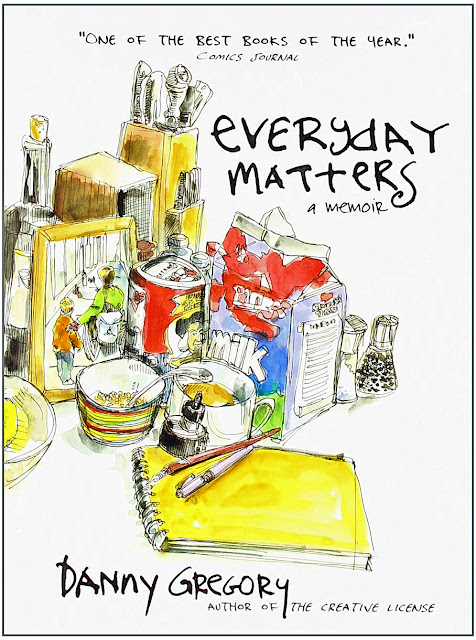 Gregory is how I got drawn into sketching. I’d sit someplace either at home, waiting someplace, or at a coffee shop and draw. I met up with friends to draw.  Eventually, my friends got me into urban sketching and plein air painting.  It was simple, just a scrap of paper or sketchbook and a pen. That’s it.

Then Urban Sketchers popped up. It became a movement in 2007 by a journalist and illustrator Gabriel Campanario on Flickr. It has the tagline of “Urban sketchers show the world, one drawing at a time.” It’s now global with international events and workshops. There’s USk chapters all over the planet. It’s large enough for sponsors and on the flipside, it’s a large enough market for businesses to have reviewers.

I tried Urban Sketching and plein air painting, liked it and my idea when I retired was to do both. What I found out was that I love photography outdoors more.  I like sketching and painting indoors better too. My paint pref is watercolor, which is rough for plein air. Sketching, not too bad outside but I’d still pref working while having a coffee or food.  Or even sitting in my car.  I like working where there is a flat surface and the wind isn’t going to carry off things. The one except is during vacations, I do like Urban Sketching outdoors. Why, because I have time and will go back to the hotel to finish it.

I'm getting an idea of what I would like to do...Part III next...
Email Post
Labels: art journaling artist sketchbook pandemic 2020 silver lining