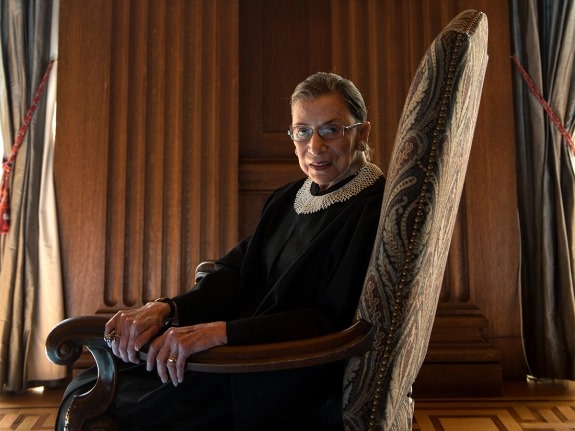 Friday evening, September 18th, was a shocker even for 2020. Ruth Bader Ginsburg, the second woman to serve on the United States Supreme Court, died at the age of 87.
Ruth Bader Ginsburg was and will continue to be my shero.

“Fight for the things you care about,” Ginsberg said after receiving an award from Harvard University in 2015, “but do it in a way that will lead others to join you.” I will always remember this quote. Saturday I wrote the following on Facebook:

Tonight I mourn. Rest in Power RBG. Tomorrow I start calling Senators’ office and leaving a “don’t you dare” type message. It’s not about what trump or McConnell wants. It’s about whether there are just 4 Republican Senators who are willing to stand on the same principles on which they stood in 2016. Any four will do…and there are 23 seats currently held by Republicans are up in November and more up in 2022. It also doesn’t make any difference if you think they have principles or not, they need to know that replacing RBG before inauguration day will get them voted out of office the next time they are up for election.
Lisa Murkowski said today she won't confirm a new SCOTUS justice until after the inauguration day. Fair is fair, she said. Per Casey Grove, an Alaska journalist. So the politics have already started. So if you are heartbroken, worried, concerned, or pissed off…put some action behind it because RBG deserves this tribute.

Since that time, I've sent emails and fax, made calls, signed petitions, and searched for information that I've been looking for. I'm still not done and will keep at it. This ain't over yet.  I'm not going to go into a political diatribe here. Everyone has their own thoughts and fears of what is to come for the rest of 2020. 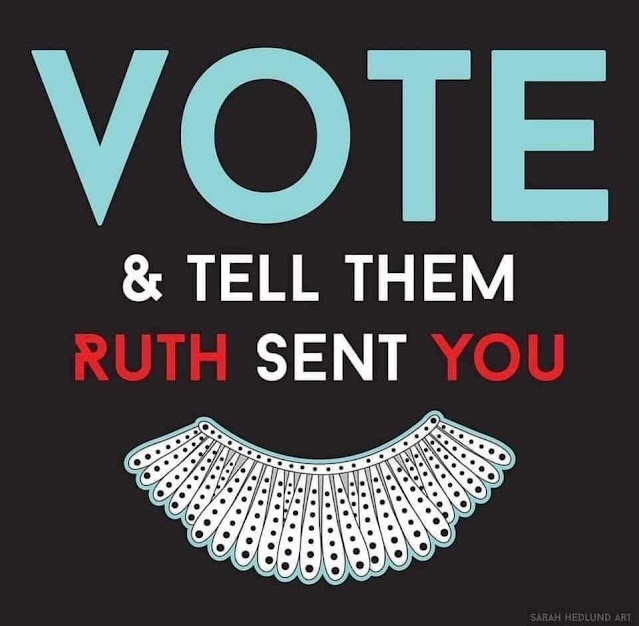 From the New York Times:

"My heart goes out to the family of Justice Ruth Bader Ginsburg. She will be remembered as a brilliant, fierce and eloquent guardian of our Constitution and a giant in the law.

However, my heart also goes out to the American people, who will have their faith in our nation’s democratic institutions tested as perhaps never before. The same Republican-controlled Senate that cited the then upcoming 2016 presidential election as a pretext to refuse to hold hearings on President Barack Obama’s nominee to the Supreme Court, Judge Merrick Garland, will no doubt rush to confirm a nominee by President Trump notwithstanding the approaching 2020 election.

The blatant hypocrisy of such a move will taint both institutions for years to come."

Stephen A. Silver
San Francisco
The writer is a lawyer.