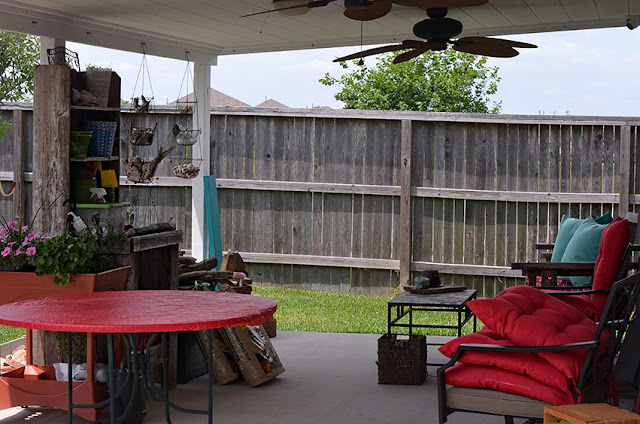 Part of my Quarantine Life changes have included a patio cleanup, presser wash of the area, and new cushions.  The hard part was deciding between pretty or functional. I went with functional. 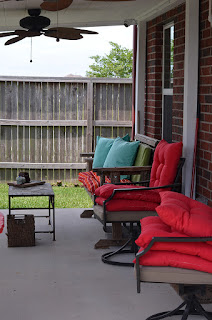 I did a bunch of looking around on Pinterest and old photos from our deck in Indiana.  It was all pretty-pretty.  I got all excited about decorating. Granted the patio is small, only 10x20 but it could be made to be comfortable.  Then reality set it…wind, salt air, and knowing that most things had to be tied down during tropical storms or weather fronts. I’m not talking hurricanes, everything has to be brought in and stored in the garage.

After taking this all into account, I needed simple and easy to move.  Plus I needed a place to escape to…plus a painting space…plus a plant potting space…plus something inexpensive so I wouldn’t feel bad when I had to replace it.

The other biggie is a place that I could drop off and later clean the stuff I pick up on the beach. This is what I came up with. I'll add the finishing touches later. 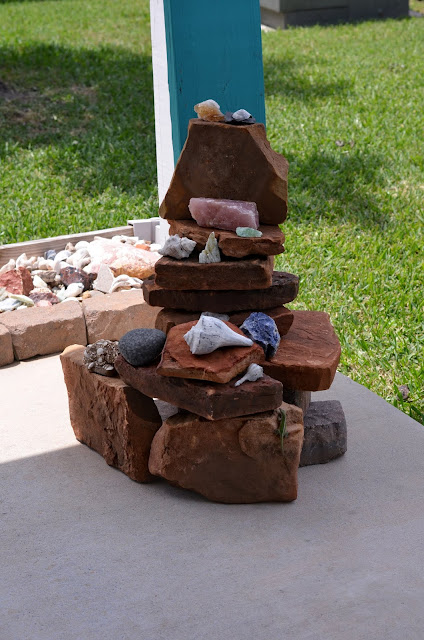