Why I keep my camera with me....Garfield Park Art Center...a few adventures with photos

Bob and I started off at Christmas as Garfield.  We were both elves at the Garfield Park ArtCenter, part of the toy making station.  It was three hours of non-stop kids and parents wanting to make toy wooden cars.  Both of us got to wear elf hats, a perk, and listen to the bell choir. 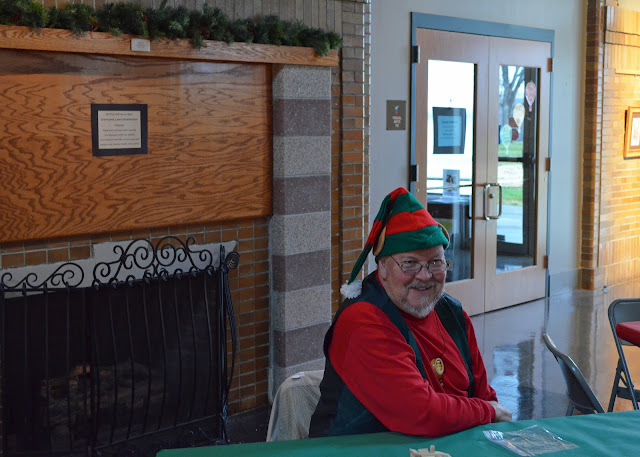 Another one of Santa's elves... 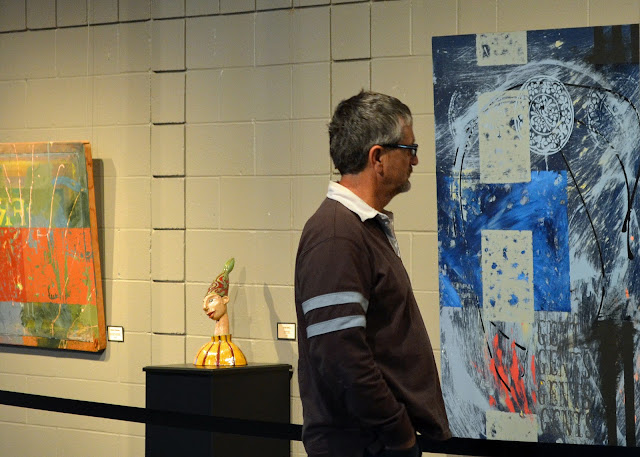 Exhibition by Garfield Park Arts Center Teaching Artists is currently on display.  The work is worth a peek, it's very unique, colorful, and fabulous.  I was rather impressed with the exhibit.  There is a large number of different types of mediums; which is always a challenge.  So who ever hung this show also did a fabulous job!!!  There's a lot that goes into exhibits such as this...it's the behind the scenes that can made or break an exhibit.  This one shined! 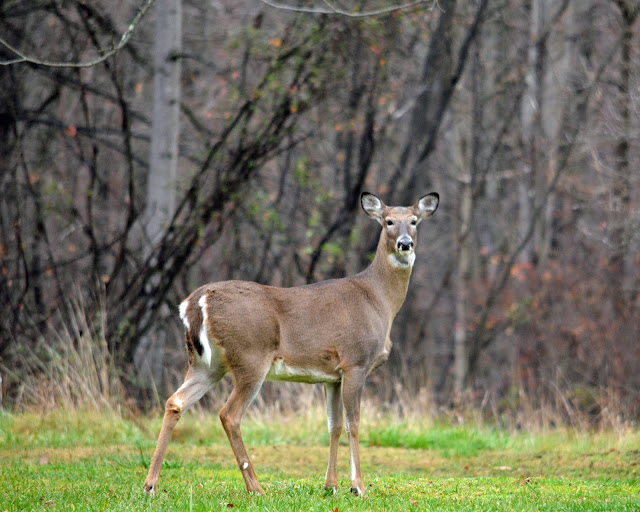 Before going home, we had to stop in at Martinsville to pick up some displays from an artist friend that is leaving the state.  That was a bit sad, I will miss her.

Anyway, we had to make couple of other stops...one included pulling the car over for me to get a few photo shots off.  Deer don't normally come out in the day but it was a misty, grey day...so I'd say we got lucky.  Isn't she beautiful!! 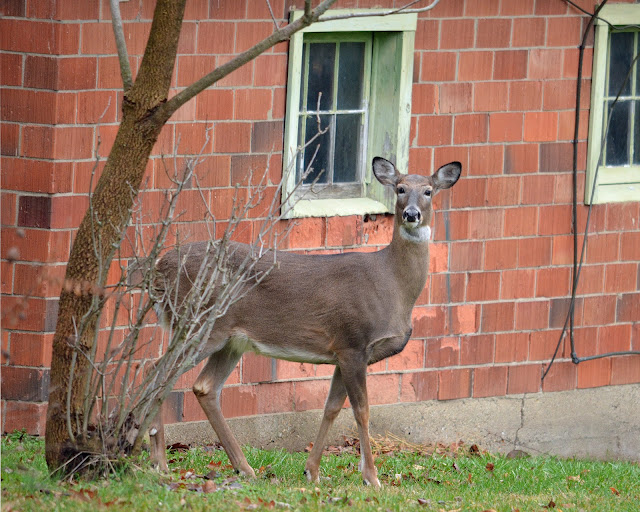 As long as I didn't move, she didn't move.  She realized I wasn't a hunter and quickly became uninterested in me but I couldn't get too close.
It's photo shot surprises like this is the reason why I normally keep my camera with me.  Yes, it's not light and sometimes a PITA but I'd miss a lot of photo ops.
Same bat time, same bat place...
~Moon