I have recovered...Dragonfly Digital Mixed Media

Last weekend's show is over and now it's time to get back to work.  There's a studio to pickup, photo files to organize, and a major re-do to my Etsy site.
It's been a white since I've had a destash as large as I have in mind for Etsy.  So the quicker I get the photos done, the quicker the jewelry finds new homes...then the more room I have in my studio. It's a win-win situation for everyone. 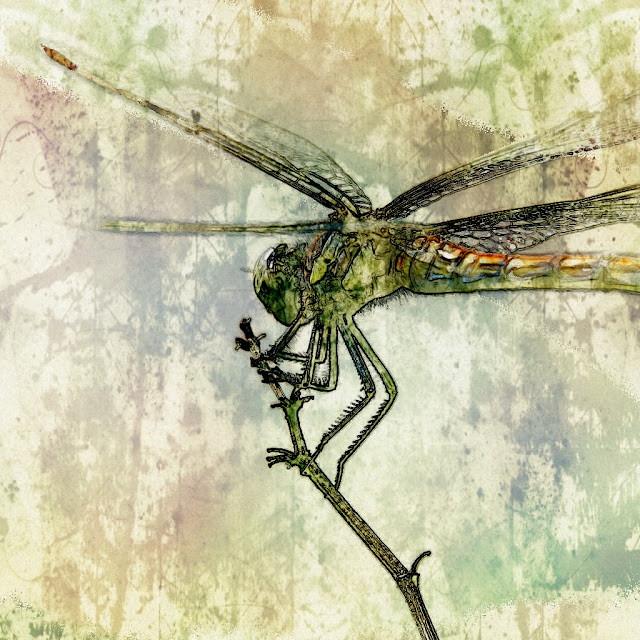 The above is a test for a new digital mixed media series.  I've decided to work in a square format.  The pieces will be 8x8, matted to fit a 12x12 frame. It's something a bit different but oh my, they do they look fabulous on a wall.  Four made into a square or three over a couch makes a room.  Along with everything else I'm working on, this series is on the top of the list.

Square frames used to be more custom.  Now, it's easy peasy because most stores carry them in stock.

Ok it's back to work...my To-Do list is getting longer and longer.