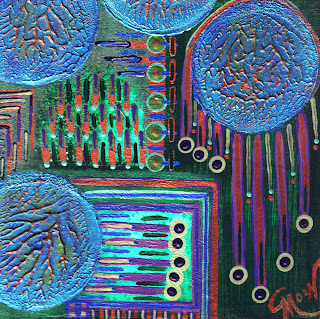 I’m still really digging cradle boards…they work very well for the work that I’m doing.  I’ve got one more 8 X 8 then I’m starting on the 12 X 24.   There's a lot of metallic...they look great on a light colored wall...but I'm not getting great photos of them though. 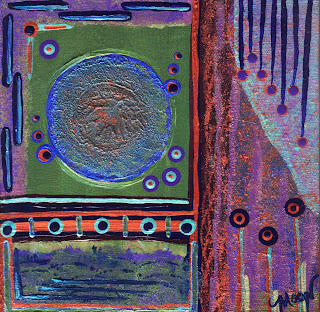 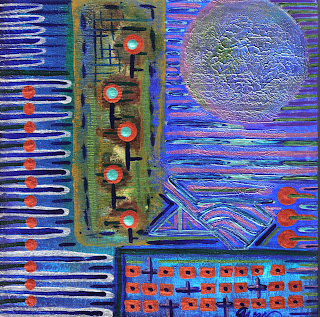 Now for the hands info.  Ya know, if I don’t get back to lampwork-back on the torch- soon…I’m going to roll my self in bubble wrap and mail my self to a psych ward. 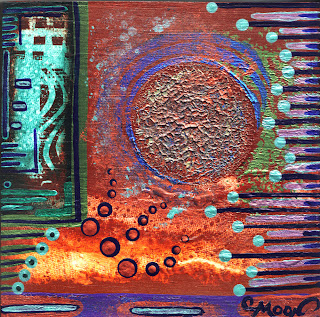 Anyway, I can slowly go back on the torch in a week or so.  It will be several months before my paws really get better.  It will be up to a year until I have a full recovery.  Yep, I really wanted to hear that.  Both my median nerves were severely compressed.  Since I had sudden onset, it was traumatic.  So it’s going to take a while.  I really can’t whine that much, it’s only been a couple weeks since my left wrist was surgerized and it’s been around a month for my right.  I’ve still have several weeks before the tenderness goes away BUT it still feels better than pre-surgery.
Later Gators!
~Moon
Email Post
Labels: 2-D work