My adventures in silvered glass land has me missing bright color. Actually, it might have to do with the grey skies and no windows in the studio. So the lack of sunshine is beginning influence my artistic endeavors. Silvered glass has an organic favor to it. I’m missing the ‘damn, I need sunglasses’ beads. So TODAY, I’m playing with neon green…but once I get a fix of sunshine, I’m back to silvered glass again.   The only thing is that these focals are a PITA to photograph.

I’m in the middle of listening to the Stephanie Plum saga by Janet Evanovich…waiting for Jim Butcher’s First Lord’s Fury.  So that's another influence for me.  I've been laughing so hard while on the torch that I've had to toss some beads.  I got laughing so hard one time that one of my studio floor mates (I think, it could of been some dude passing by) stuck his head in my door and asked if I was choking.  How embarrassing.  It's what I call a 'Moon Moment.'  Oh well, it's not like studio is located in the most of the hoppin' of hubs.  Hey, we're talking the Murphy Art Center (the Murph)  here...the land of semi-condemned bathrooms, hermit artists, and parking lot from hell...but it's home. :-)    One of my customers/friends told me the she'd rather stop at a truck stop on the way home instead of using 'that' bathroom.  Another one of my clients told me that she thought she heard 'Twlight Zone' theme song when she flushed the toilet.   Me...if feel like I'm peeing at a bad campground bathroom. :-)  I guess it's one of those things you just get used to. 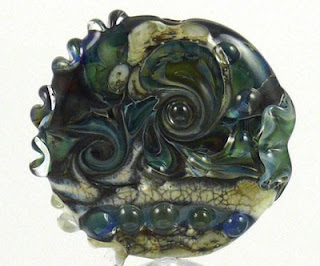 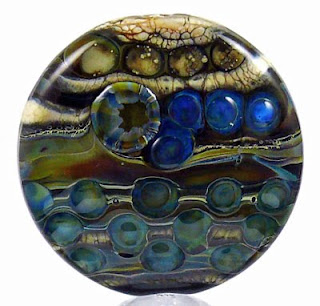 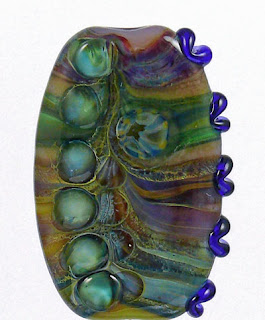 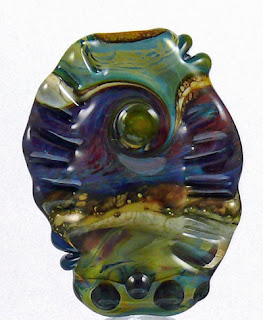 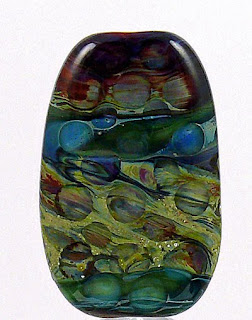