It's eye candy time...again, as normal. In the past couple of days, I've been influenced at the torch by what's happening on CNN. The beads are rainbow...with lots of fine silver...on a black base. I won't go into all the inspiration but the colored stringers were crystal clear encased so that the color isn't influenced by the silver. 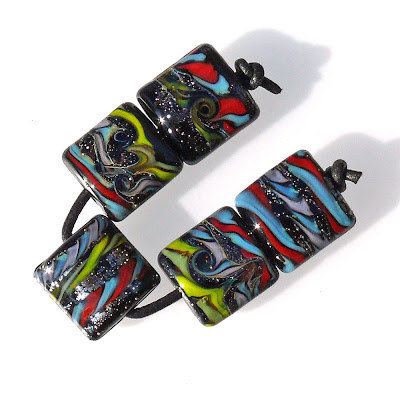 The beads are much nicer in hand that in the pictures. I think what was happening is that the camera lens is focused on the shinny parts of the silver instead of the color. 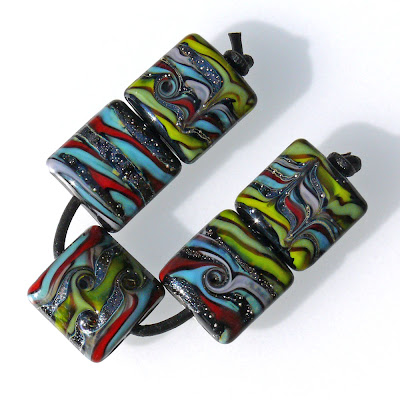 These will be up on Etsy in the next couple of days. I figure if they don't sell quickly...I'll keep them. :-) 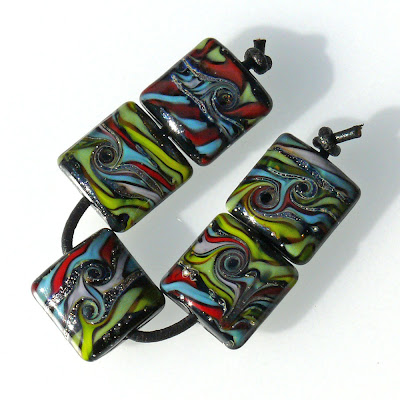 I'm currently in the process of a huge raku frenzy. I'm getting to the point that I'm just about ready to finish it up. You will see some of the beads on Etsy but most of them I'm keeping. I've got a couple of trunk shows that I've scheduled. I know, I said that I didn't really have the time...well I don't BUT it's hard for me to say 'NO' to friends...plus I miss designing.
OK...got lots and lots to do today!!!
Have a wonderful weekend !
~Moon
Email Post
Labels: New lampwork