It's been interesting around here...I'm trying to get the studio geered up for a quick move. It's really impossible to do that. I just have too much stuff but since much of the displays and metalsmithing part of the studio is already packed...we are going to take it with us when we go look at houses. So instead of flying, we will be driving and hauling a trailer.

Bob has already packed up his rocks and lap equipment. So that clears up a room in the studio. So for the next couple of weeks, I'll be going though glass at the torch like water. I know once we get back from house hunting, I'll only have a couple of weeks to pack. I don't think that packing up the house will be much of an issue. It's the studio. I'll take a few pics soon...a picture is worth a thousand words. :-)

Other than that...I've been on the torch and working on my Four Corners Series. It entails mucho amount of fuming and I don't want to get burned out on the series, so it's a long running series. 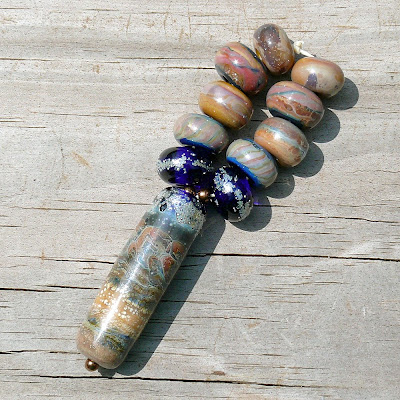 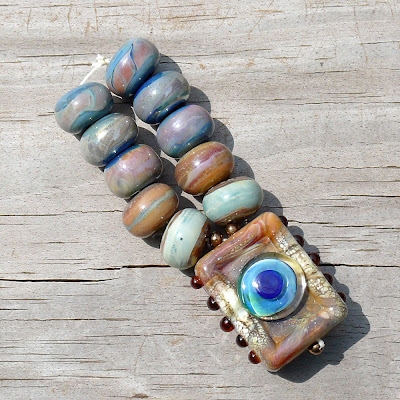 The series is very organic in nature and will mix will with natural stones or wire. 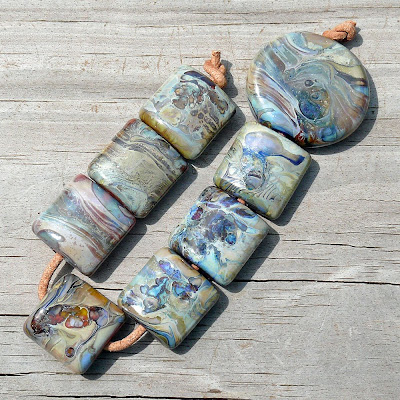 The below is one of my favorite bracelet sets that I've made... 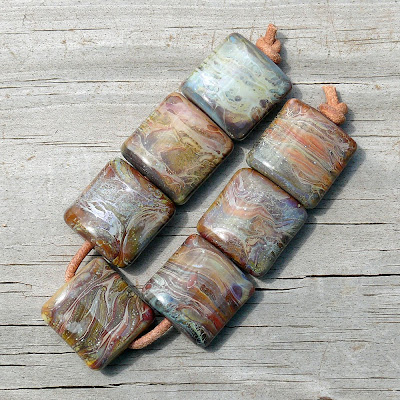 The below bracelet sets looks like wind whipped canyon walls. 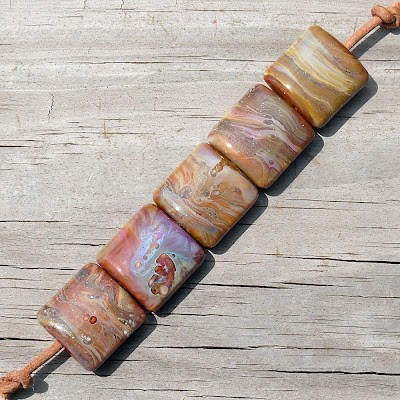 Ok...see what I mean by taking a break from the series. These beady babies are color window encased. I can't tell you how long it took me to get this down pat. I went though a lot of beads and time figuring out this one. It's a lot easier in rounds or roundels than pressed beads. The beads don't look that impressive in pictures but they are pretty kewl in hand. 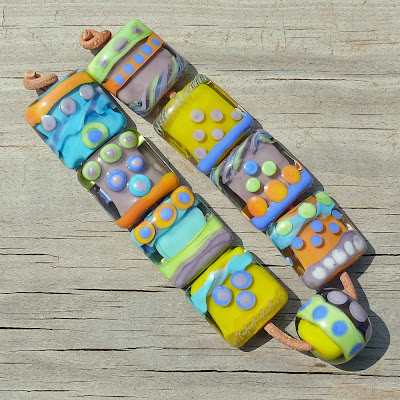 Here's another set...I doubt I'm going to do too many of these. I just wanted to know if I could make them. :-) 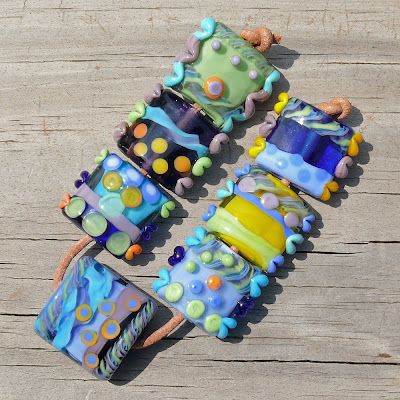 I've got to get caught up on some paperwork today. Geez, I hate that. The good thing is that I'm not a cat chasing it's tail with taxes...they were done long time ago. I've also got to upload a boatload on Etsy. I just haven't had the time and I've got to make the time...I'm running out of room in my office. There have been a couple of fights between me and the cats with the beads. They want to drag them off and I want to keep them in the "beads waiting to go on Etsy" box. Sometimes the cats win but mostly I do. :-)
Have a happy, creative day!
~Moon