I've been working on a new series...SSB's Goddess'. This series of lampwork beadsets and focals is an artistic exploration and inspired by Susan Seddon-Boulet. I have been in awe with Susan Seddon-Boulet for many decades. I was sadden to know that she passed away on Monday, April 1997. Her art has had a huge influence in my work as a potter, a silversmith, a jewelry designer, and now a glass artist. Susan Seddon-Boulet is considered one of the founders of the visionary art movement in the United States. Her paintings are in collections around the world. Her work has an underlying spiritual quality as well as a distinctive personal style. SSB’s Goddess Paintings, published in 1994, has always been one of my favorites of her work.

I've taken the pictures outside, in natural light, to give you the best pics. They will also be up on Etsy soon but I will also have several more views of each of the focals or beadsets. 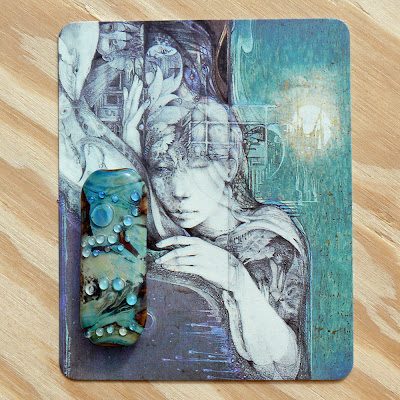 The above and below is called 'Themis'. "Themis is one of the oldest and most revered of the Greek Goddesses. The daughter of Gaia, the Earth Goddess. Themeis is the mother of the three Fates, who determine the destiny of all morals and gods. She is shown here as the giver of dreams, she once consulted at Delphi as the bestower of oracles." 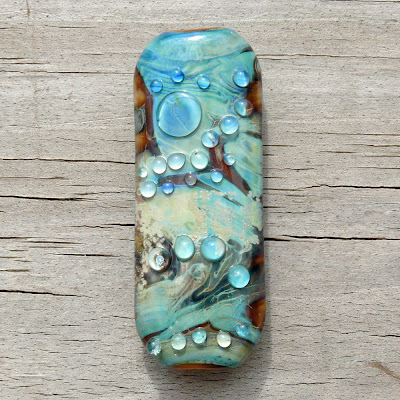 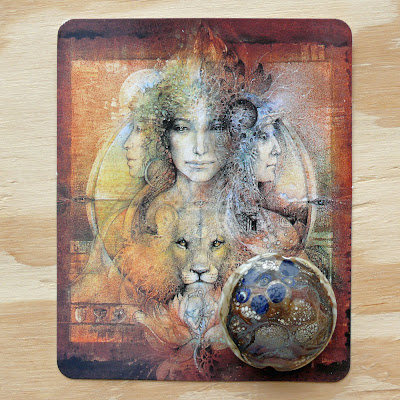 The above and below is called 'Triple Goddess'. 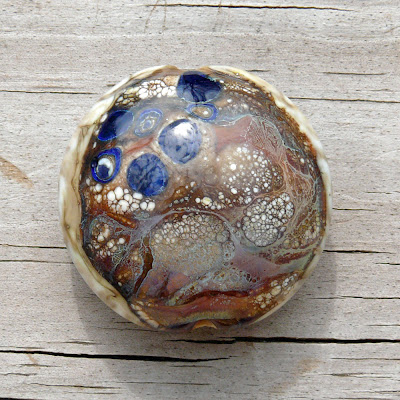 The below is called 'Lady of the Lake'. 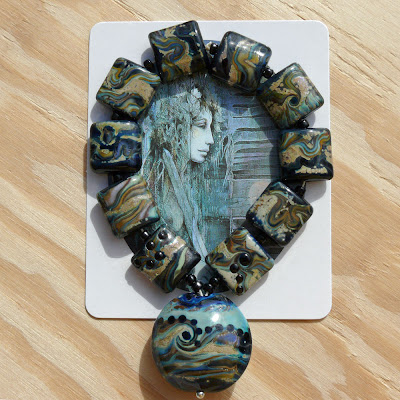 Most of my series sets are limited or mini...this one is a large one but it is limited. I won't remake any of them nor will I repeat them at this time. It's just everyonce in a while, I just have to flow with the Muse juice and see where it leads me.

If you are interested in reading more about each of the sets or focals, or seeing any more pics of them....I will start posting them on Etsy in the morning.