More lampwork...last of the series.

My SSB series is coming to an end. I'm feeling the need to move on to greener pastures right now. I will re-visit this series. I've enjoyed it so much...also, I'm looking into my crystal ball and I see jewelry designing in my future. Once we move, I will be making more beads for ME! Besides that...I've been feeling the need to play with brights. Spring is coming...it's just right around the bend.


The below is called Morgan le Fay... 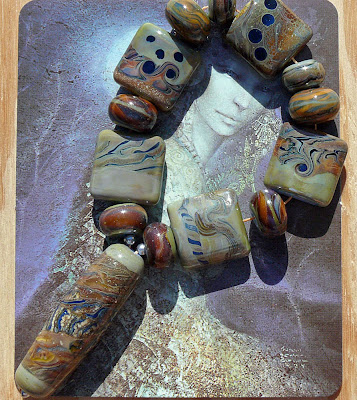 “Morgan le Fay is commonly remembered as the enchantress half-sister of King Arther. She is, in fact, the great queen goddess, ruler of the mystical island of Avalon, the Fortunate Island of the Blessed Dead. Sometimes equated with the ancient Irish warrior goddess Morrigan, she is the Celtic death goddess. As Morgana Fata she is the controller of destinies and knows the fate of each person. She is noted for her healing powers, her knowledge of healing plants, and her prophetic vision. Like a shaman she is a shape-shifter, able to take many forms. Morgan le Fay represents that deep place of healing magic within each of us.”

The below is called Selene... 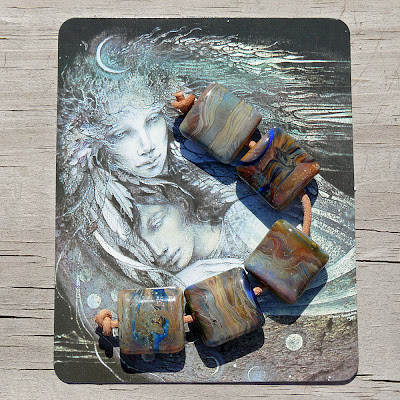 “Selene, Queen of the Starlit Heavens, is the ancient Greek goddess of the moon. She carries the moon across the sky in a white chariot driven by winged horses or bulls. She is the totality of the moon, with its waxing into fullness and waning into darkness.”

“Selene represents the fullness of life, incorporating all the phases of light and darkness in her shinning.”


This is a lovely set…the pictures don’t do the beads justice because of the metallic iridescent sheen the beads have. 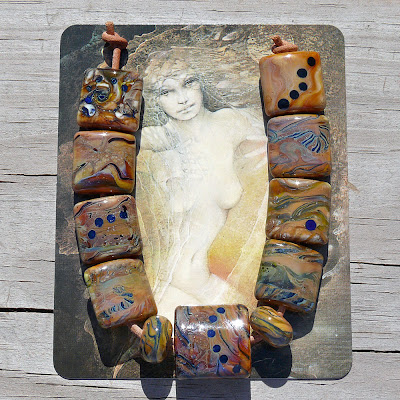 The above is called Venus...

“Venus is the Roman goddess of grace and love, called Aphrodite by the Greeks. She evolved from an early Italian nature goddess, bringer of spring blooms and vines, a goddess of growth and the beauty of nature. The goddess of desire, Venus was the irresistible personification of both the physical and spiritual love.”

“Venus is a striking affirmation of the love of beauty and the pleasure of the senses.”

That's it for today...I'm off to load these up on Etsy and then to the studio. I've got lots and lots of new springy ideas.