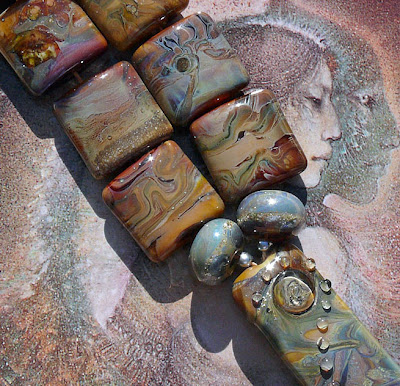 The above is called Ix Chel...

“Ix Chel is the ancient Mayan goddess who reigned supreme throughout the Yucatan Peninsula, in southern Mexico, and as far as El Salvador for more than a millennium. She is also called the Queen, Our Mother, the White Lady, and the Goddess of Becoming. Although married to the sun, she is fiercely independent, allowing no one to own her: she remains free to come and go as she chooses.”“Her energy is midwife to our own creative ideas.” 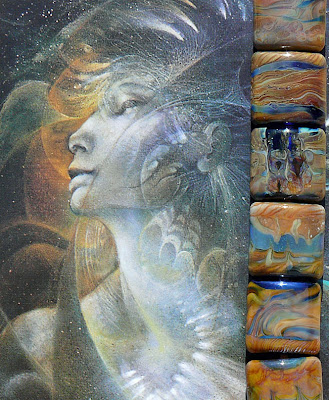 The above is called Epona....

“Epona, from Celtic Gaul, was especially worshipped as a protectress of horses, a being of fecundity to mares and the a giver of well-being to foals. She was the only Celtic goddess to be adopted by the Romans. A lunar goddess, Epona is often depicted with a cornucopia, a symbol of abundance and plenty. Like the symbol of the horse, she is a bring of fertility, a source of inspiration, and a figure of death.”

“Comfortable in both the realm of life and that of death, Epona is a strong symbol of independence, nurturing, intuitive understanding, instinct, and vitality.” 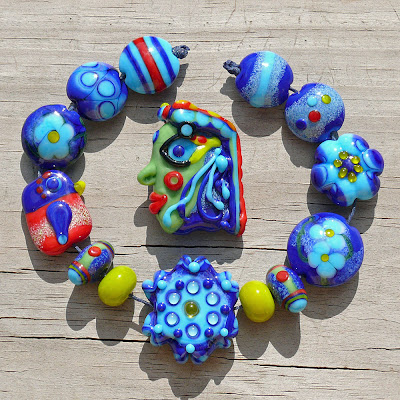 Every female that I know can relate to ‘bad hair’ days. On one of my studio days, I woke up…jumped in the shower…got ready for my day. THEN I looked in the mirror. Talk about a humbling experience. A bit of mouse…a blow-dyer…and yes, a curling iron…I finally made peace with my hair. Well, enough to put on a sweatshirt and zip off to the studio. These are the times that I’m thankful that somebody invented hats. So in the studio, I decided to make some beads to compensate for my ‘bad hair’ day…ya know, the type of beads that make you happy just looking at them. So I designed the Queen of Bad Hair Days and her court of beady friends. (Like flowers in your hair beads…like looking like a bird’s nest…like green with envy…like crowning glory…yes, I have an odd sense of humor.)

The below is a bracelet let...reminds us to make peace with our hair. :-) 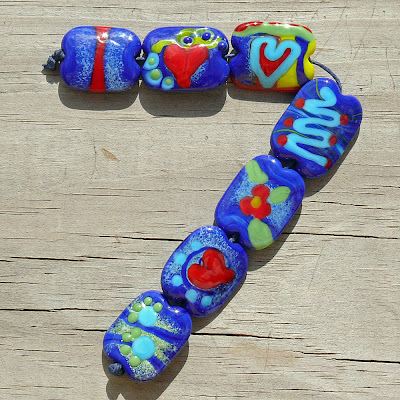