I took a bit of a brief intermission from blogging. I've just been too busy with orders and working on the torch. I've been working with lots of new odd lots, which takes a bit of time if I want to used them to their fully color values or if they have certain reactive qualities to them. Some have been lovely...some will be buried in the back yard. :) It's been fun and mucho thanks you to all those that have visited my Etsy shop. (Btw all customs are done and processed...all orders have been mails...I'm totally caught up!!!!!) So it's time that I showed ya'll some new eye candy.

SPACE, the Final Frontier was the inspiration for these beads....below. American silver-laden glass, like space, is the primo of glass out there today. There’s just something about it that draws me to it. Maybe it’s the metallic sheen, maybe it’s the depth of color, maybe it’s the unpredictable results…maybe I’m just a big kid that wants a surprise when I open the kiln.

In the next several months, I'm adding more and more of the silver-laden glasses to my beads. It adds something...well actually it adds a lot but between $80-$120 a pound, it also makes costs rise too. I've been trying to keep the costs down because it's hard enough for a jewelry designer to make a profit. BTW both sets are already sold. 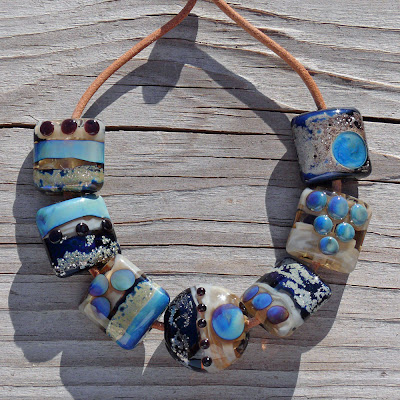 The below is a color combo that I've grown rather fond of. This set is also sold so I guess so do others. :-) 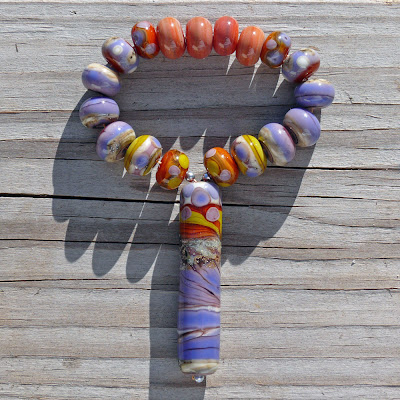 Another sets of almost all odd lots...again, sold. 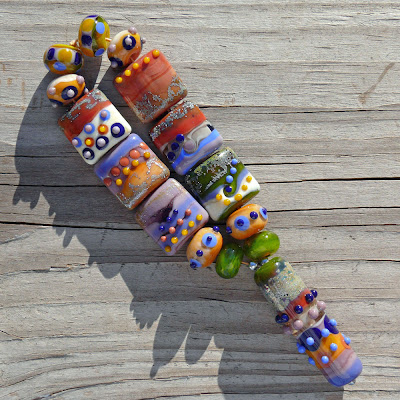 Here's some of the new odd lot green I picked up. This time with Double Helix's Gaia. Again, they are also already sold. I had a rather busy time at the Etsy store this week. 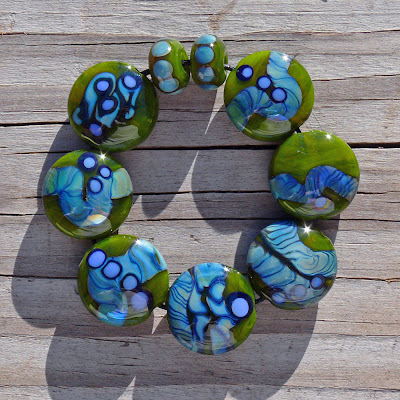 Normally I’m up very early; yeah…early to rise makes you healthy, wealthy, and wise. Well, maybe I am the exception to that rule. Anyway, early morning dawn has great influence on my beads because that’s when I head out to the studio many days. This ‘special’ day, the dawn was breathtaking. It was in hues of purples, lavenders, and an odd yellowish glow in the sky. Towards the southeast, rain clouds were coming in. All in all, an inspirational view from my back deck.After looking at the sky, I wondered if I could make some beady sets that could be turned into art jewelry necklaces. There is just something about wearing a piece of jewelry that could invoke the peaceful morning calm and the breathtaking sight that I saw. 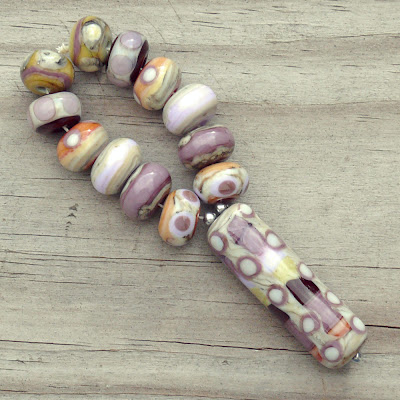 Morning Sky I (above) is currently up on Etsy. 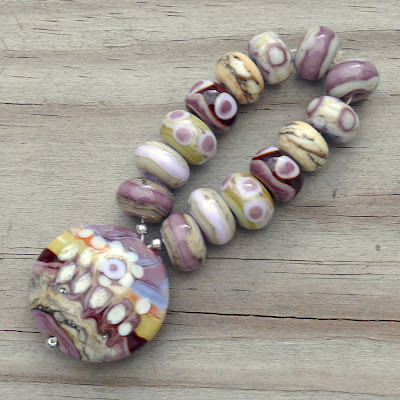 The above and below from the Morning Sky mini series will be up on Etsy tomorrow. 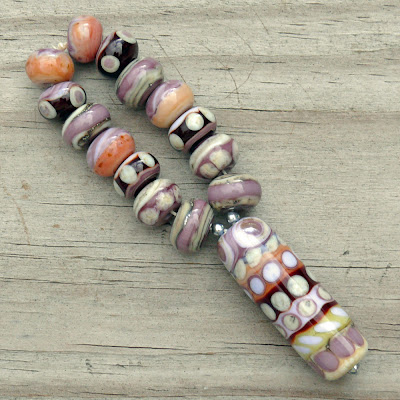 The below is an organic set with lots of purples, browns, terra cottas, and green ocher. I have to say that I was rather impressed with the set. Again, it has been sold on Etsy this week. 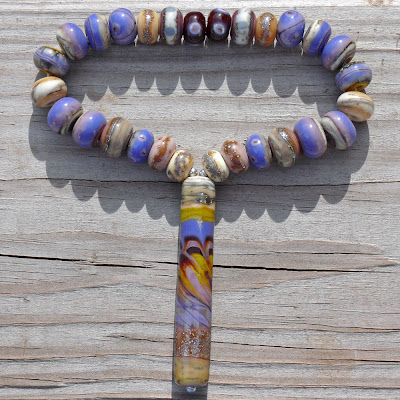 Next week I will be putting up a couple new mini series. I think that you'll like these...well I did and I'm kinda picky about beads. More so about my own beads. :-)