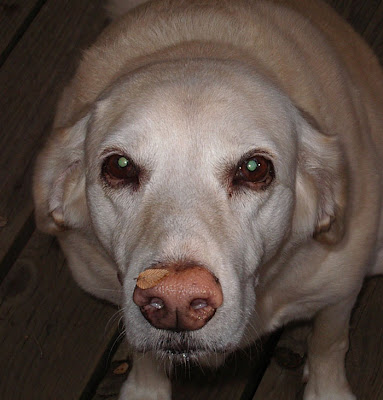 Saturday (8-18) was a terrible day. We woke up to Cheslie panting and we couldn't calm her down. We thought one of the storms may of upset her. Anyway, after a hour of trying to calm her down...Bob rushed her to the doggie ER. 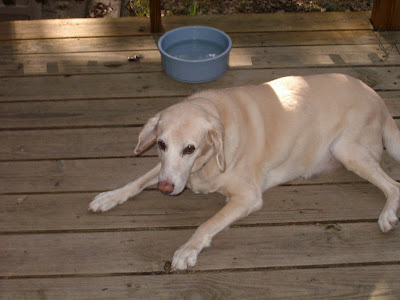 The doc did an O2 sat and it was down to the low 80's so they put her on O2. Thinking that it may of been some sort of lung infection, they took a chest X-ray. Cheslie's entire one lung was a cancer mass with many smaller sized masses. Well, to make a long story short...we made the decision to put Cheslie to sleep.

It was like losing a friend, she had been with me though my first marriage, my divorce, meeting Bob, marrying Bob, and moving to Texas. I never thought just how much I would miss her until I was sitting on the deck having my coffee. She was always there, doing her doggie thang. It's the simple things that make me miss her.