Ok...the beads from the kiln looked good...there's the last of them below. That's it, I'm fried on these colors. The series, 'Hill Country Muses', has four parts to it and I think that's enough. They will go up on eBay next week.

I'm working on the 'Watercolor" series and started a set in brights. I know that brights aren't always 'IN' but I like them in the summer months. They go with everything. What could be better than simple bright jewelry, birkies, and a t-shirt. Brightes equate to Austin Attitude. 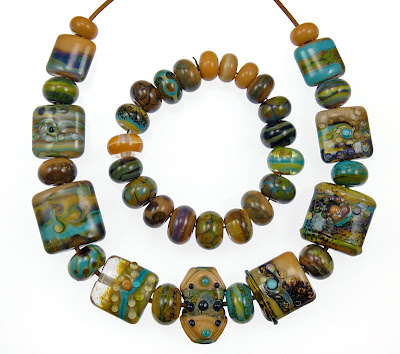 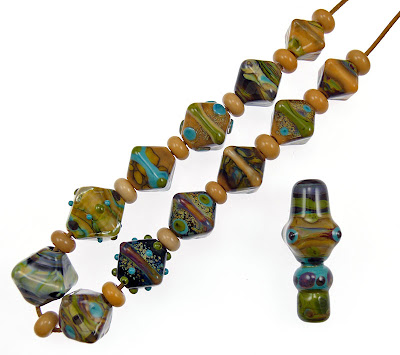 Pantone had released its fashion color report for fall 2007. I’m pleased; these are some of my favorite colors. Spring 2007 looks good too. I like the softer, more muted tones but it’s still hard to give up brights during the summer months.

I'm off to snooze land...it was a long day on the torch. I feel kinda bead-dead right now.