I did a series a while back of Ancients...they kinda looked like they had been buried for several centuries. They made up into so GREAT jewelry. This time I was aiming for beads that looked like they had been found in the ocean...kinda crusty. :-) I used Opal Yellow instead of Ivory because the strand would look better with natural Mother of Pearl. I haven't decided if I like them or not yet. I don't think I'm going to do a series though. This is the same ol' glass, 104 COE that I've been using for the past several years. 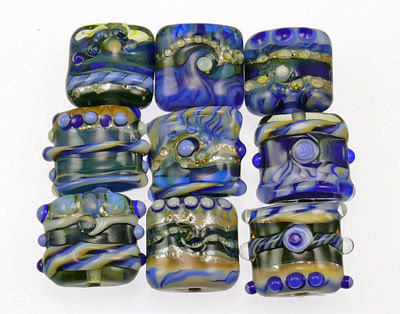 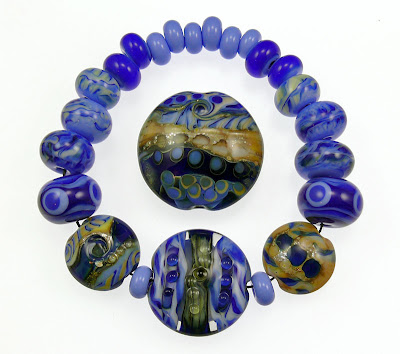 That's it for the lampwork eye candy. I've got a packed to the brim kiln that I haven't even unloaded this morning. I've been hauling bead butt here lately and been filling two kilns a day. You don't see most of the beads that I make...I can't get good pics of them. Some of them are just test beads that I keep attached to some of the glass cane bundles. The color of the rods don't always stay the same once it hits the flame....so I need a referance.

Right outside my studio window, I can see the tree rats playing. In the past year, these little dudes have gotten used to me. If I don't feed them, they sit in my window, either the office or by my studio, and stare in. Do they mean to stare and pout...I don't know. I do think that they have figured out that if they do this, they get fed.


Here's Smilin' Sam. He's the ring leader and scaper of the pack. 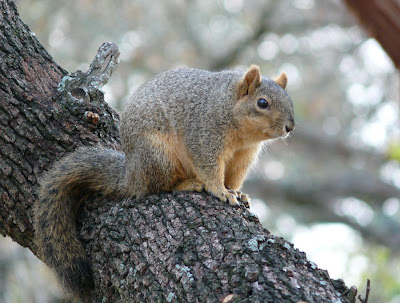 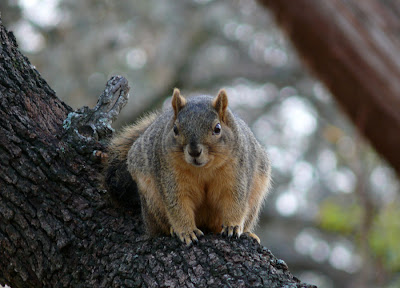 Here's Smilin' Sam being the thief that he is. This is supposed to be tree rat proof. Yeah, right.


The sad thing is, I just feed them an hour before I snapped this pic. 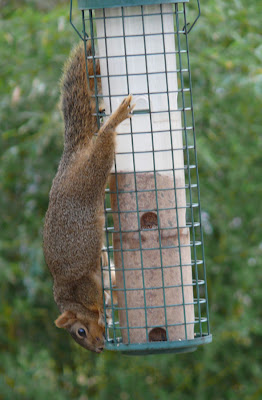 BTW...that's bamboo in the background. We have one side of the acre that has a full, deep row of bamboo. It's green most of the time...looks great right now because we have had RAIN recently. It starts looking a bit wilted in the Austin's deep-hot summers. Right now is my favorite time of year here...like Portland in the summer time. It's in the 60's-low 70's...rainy once a week...and GREEN! The trees have lost most of their leaves but already have buds on them. There are flowers in bloom, it's spring here. This is the coldest part of the year right now...this lasts a month. In Feb '06, we had 90 degree days for a week or so.

That's all she wrote!

Have a happy, creative day!!!! I'm off to the studio...got another idea.