The below is a set of rather simple lampwork beads, that I just pulled from the kiln this morning. They aren't any thing great and wonderous. What they were made for was a series of jewelry designs. The concept is jewelry that is more urban in nature with jewelry tone hues. I’ve got a couple more days at the torch before I have enough lampwork to start the series.

Fall’s clothing has some of the most interesting hues with the most interesting names…Mallard Blue, Raisin, Espresso, Clover, Boysenberry, Basil, Papaya, Velvet Plum, Carmel, Merlot, Toffee, Wild Raspberry, Chestnut, Butter Rum, Green Tea, Coffee Bean, Carob, New Olive, and the list goes on. This just makes me hungry. It gives me visions of being trapped in a coffee house/health food store.

Then there is what I call the world traveler names like…Ivy, Luggage, Brick Red, Evergreen, Meadow Mist, Blue Frost, Sea Glass, Cornflower Blue, Ocean Waves, Sage Brush, Fern, and Surf. These names of the hues conjure up visions of the New England area. 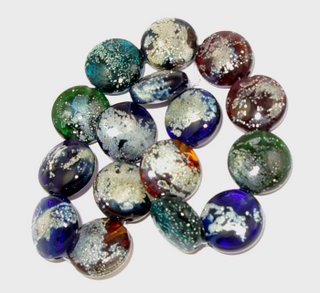 Here's the saga of the herringbone lariat in pictures: 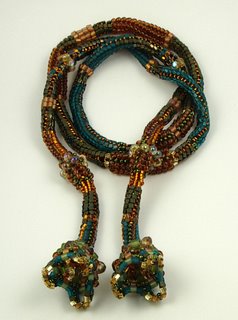 The above is a view of the finished lariat. The below is that starting picture of the moth that inspired the piece. 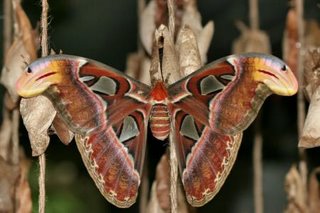 The below is the gathering phase, which is the hardest for me. I totally agonized over this one. 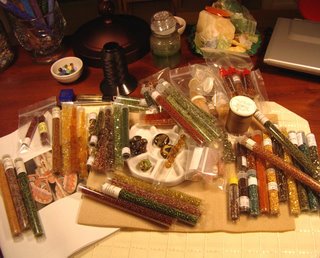 The below is a couple of hours into the piece. I wanted a symmetrical appearance so that was a really PITA. It was designed for my Mother and I know that she would like that type of piece. 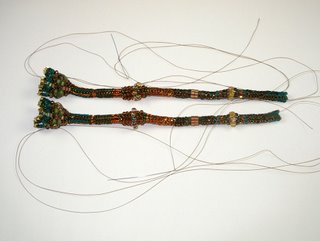 The below is another view of the finished lariat. It's one of the few complex beadwork jewelry pieces that I do anymore. 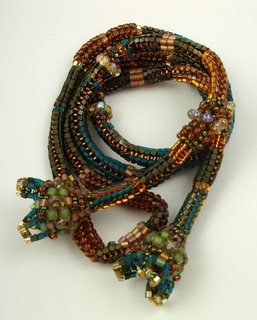 All-in-all, I like the finished result but I doubt I will do another one anytime soon. The necklace is 35 inches in length...just long enough to tie but not so long that is drags in your dinner. That's the reason why I didn't add any fringe to the flower bulbs at the ends. It just would of been too much.

That's it for me...have a happy, creative, fun filled day!